Everything you need to know about Puglia

The first thing you need to know before you leave: if you set foot in Puglia, you will never want to go home! Puglia is the heel of Italy’s shoe-shaped form and is an exploding blend of culture, gastronomy, history and breathtaking scenery. A big part of the region hosts national parks, covered with olive trees more than a thousand years old and historic masserias, offering a calm shelter, unknown to mass tourism. Like our local friends said “you mustn’t tell people to come here! You have to say there are thieves, snakes and that it’s too hot!”. Simply because they know that every person that sets foot here, immediately falls in love with the region.

Puglia is divided in several regions: Bari, Brindisi, Tarente, Lecce (or Salento), Andria and Foggia. For our part, and my boyfriend being from Salento, we have always concentrated our travels in this region, even if we also visited Brindisi and Bari. Salento is not touristy at all, as mass tourism is mostly located around the airports of Bari and Brindisi. Thus Salento is still relatively preserved and very Italian. So much so, that if you don’t speak the language, it is rather complicated to be understood, event though hotels and restaurants are developing their English more and more. The region around Bari is by far the most touristy place I’ve visited, but it is nonetheless very pretty, which makes that prices are very high for this side of Puglia.

If you’re planning on going to Puglia, take your time! Don’t limit yourself to one town or one region, you have to explore several villages, without staying more than 2 or 3 days, in order to see the most you can because everything is just so pretty. I would say that for a first trip to Puglia, you should go for 10 days minimum, 15 being ideal. 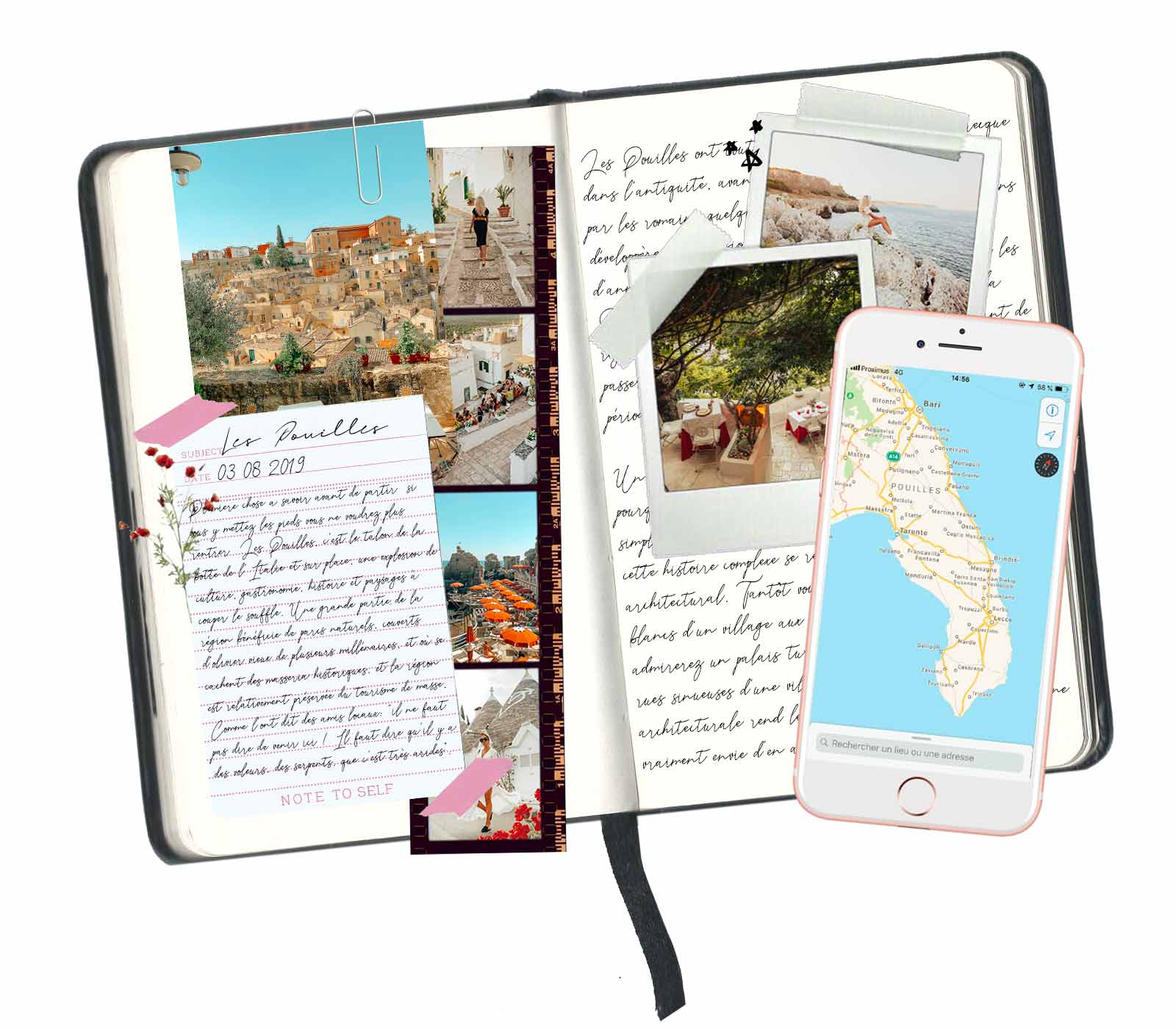 A little history about Puglia

Puglia dates back to the Greek Ancient Time, under which it first developed, before being invaded by the Romans, who developed the region for several hundreds of years. The fall of the roman empire resulted into multiple invasions and wars, leading the region to fall under byzantin ruling, before ultimately being taken over by the normans, which is when the feudal period began for the region.

That was a brief overview of Puglia’s history, but why am I telling you all this? Simply because this complex history is visible everywhere in Puglia. You can admire the white buildings of Greek descent, a Turkish palace or narrow Roman streets, all in the same area! This architectural diversity makes visiting all the more interesting and really gets you to want to learn more about the region’s past. 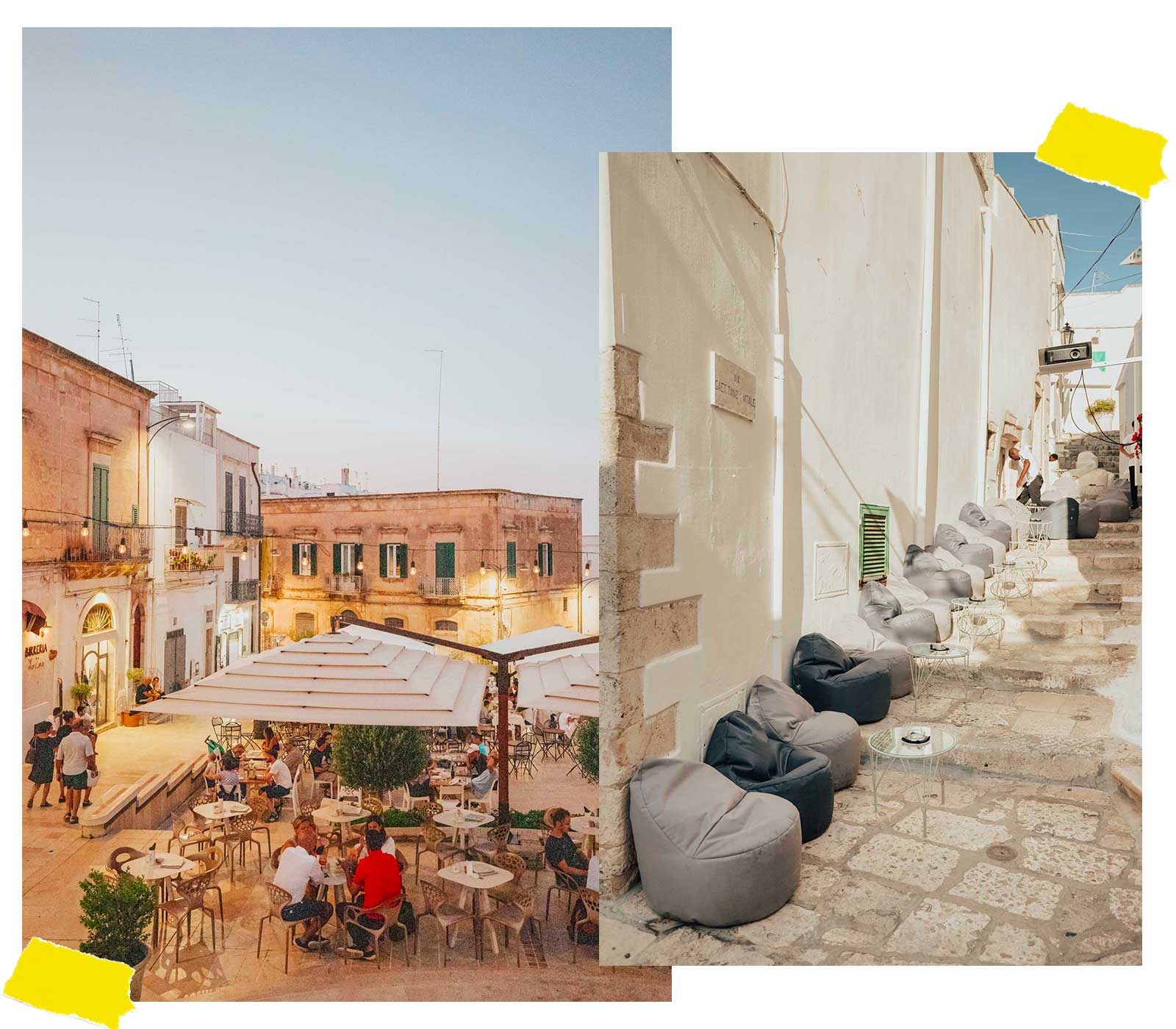 Getting around in Puglia

To get to Puglia, there are 2 airports: Bari and Brindisi. Both are not far away from each other (1 hour tops) so I advise you to choose your flights in function of the price. I have travelled to both airports and the flights to Brindisi are – in general – less expensive. The most simple and economical way to fly is with Ryanair. During Summer break, prices tend to go up very fast, but if you book in advance, you can score good deals. I paid 150€ the first time I went, but 500€ this year when booking on the eve of our departure (which is really frustrating for a Ryanair flight).

Once you get there, the easiest thing to do is to rent a car. But be careful! Last year we were completely ripped off by Sixt, in the airport of Bari. Our car wasn’t available, so they said they would give us a similar one. We ended up getting a car with a trunk that was half the size and wouldn’t fit our luggage. They also told us that the insurances we paid on the site of Ryanair weren’t enough and that we needed more coverage…We ended up paying 1200€ for 10 days of renting. But wait, the story isn’t over! Once we got home, my card was charged with 100€. 6 months later they charged 62€ on several occasions… We tried reaching someone to get an explanation, but couldn’t get an answer.

This year, everything went fine. We rented a car with another company (Luxauto) and we didn’t take any insurance when booking online. On the spot, the proposed different additional insurances, which we declined (these were only helpful to get the franchise down from 2500€ to 1500€ and costs 600€…). We paid 470€ for 13 days and got a bigger car than planned. Let’s see if in 6 months they charge my card again, I’ll keep you posted!

Of course, driving in Italy isn’t a walk in the park. Italians drive…their own way. Best is not to stress and be cautious. For instance, the access lanes on the highway are very very short, which sometimes makes it difficult to insert yourself into traffic. Be careful!

Also pay attention to the fact that in some towns it is forbidden to drive in the center, but it’s not always clear. They have cameras which will take pictures of your license plate, see that you are not an inhabitant and it is likely it will cost you. Inform yourself before you get into a town about where you can drive and park. In general, the yellow stripes mean parking is reserved for locals, blue stripes indicate the parking you need to pay and the white stripes mean you can park for free.

Of course, there are buses circulating through Puglia, but I never took one so I couldn’t tell you about them. 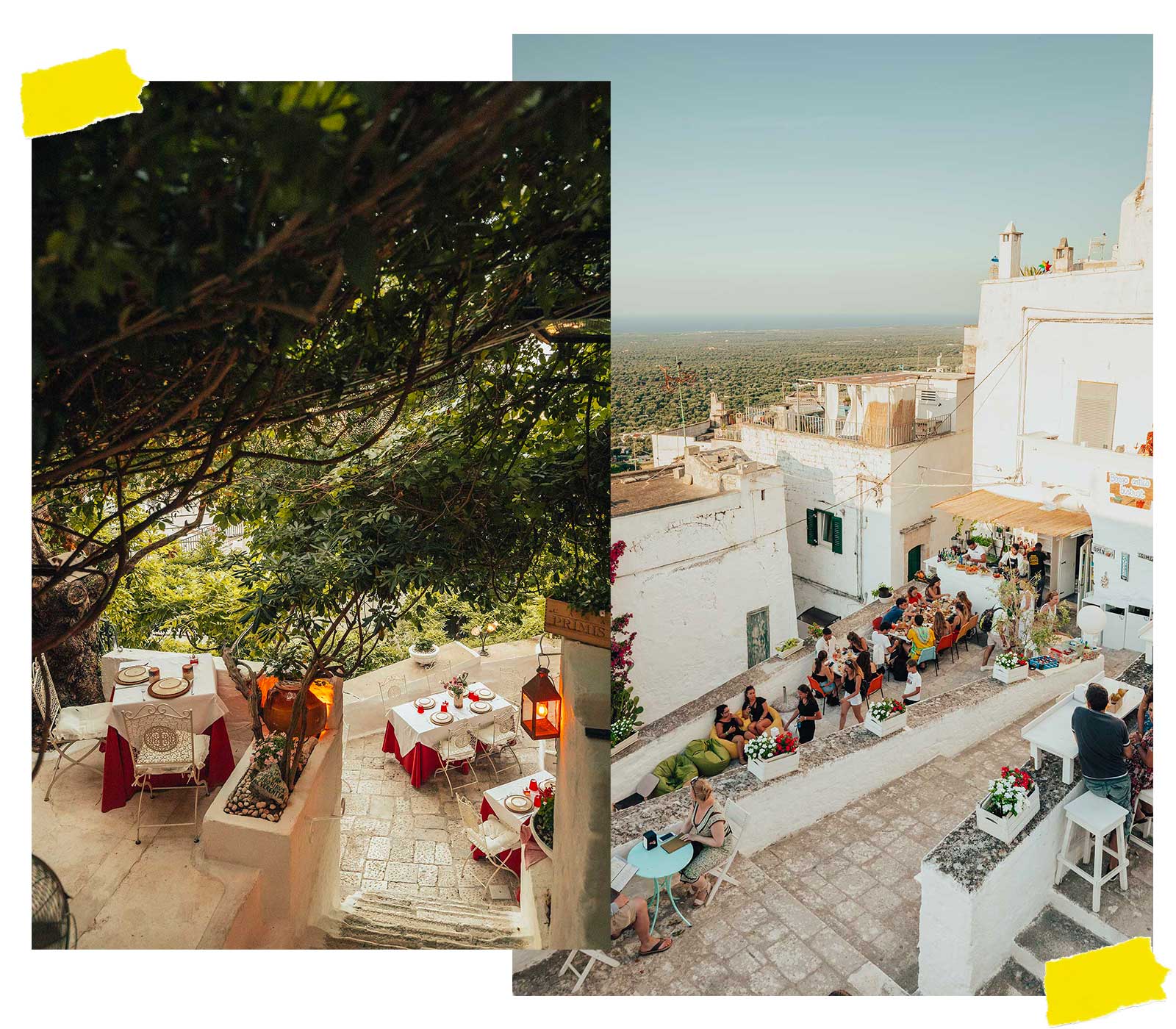 Puglia is a region for all types of budgets. There are as many magnificent hotels at very high prices, as cute little Airbnbs and Bed and Breakfasts at reasonable prices. Every traveller finds something for their taste.

For the prices of activities, food etc…the region of Bari is a little more expensive than Salento. Where you would pay a meal 20€ in Salento, you are going to pay 30€ in Bari. Which is of course still very acceptable! As I said, Bari is a little bit more prone to tourism, which makes that prices go up. 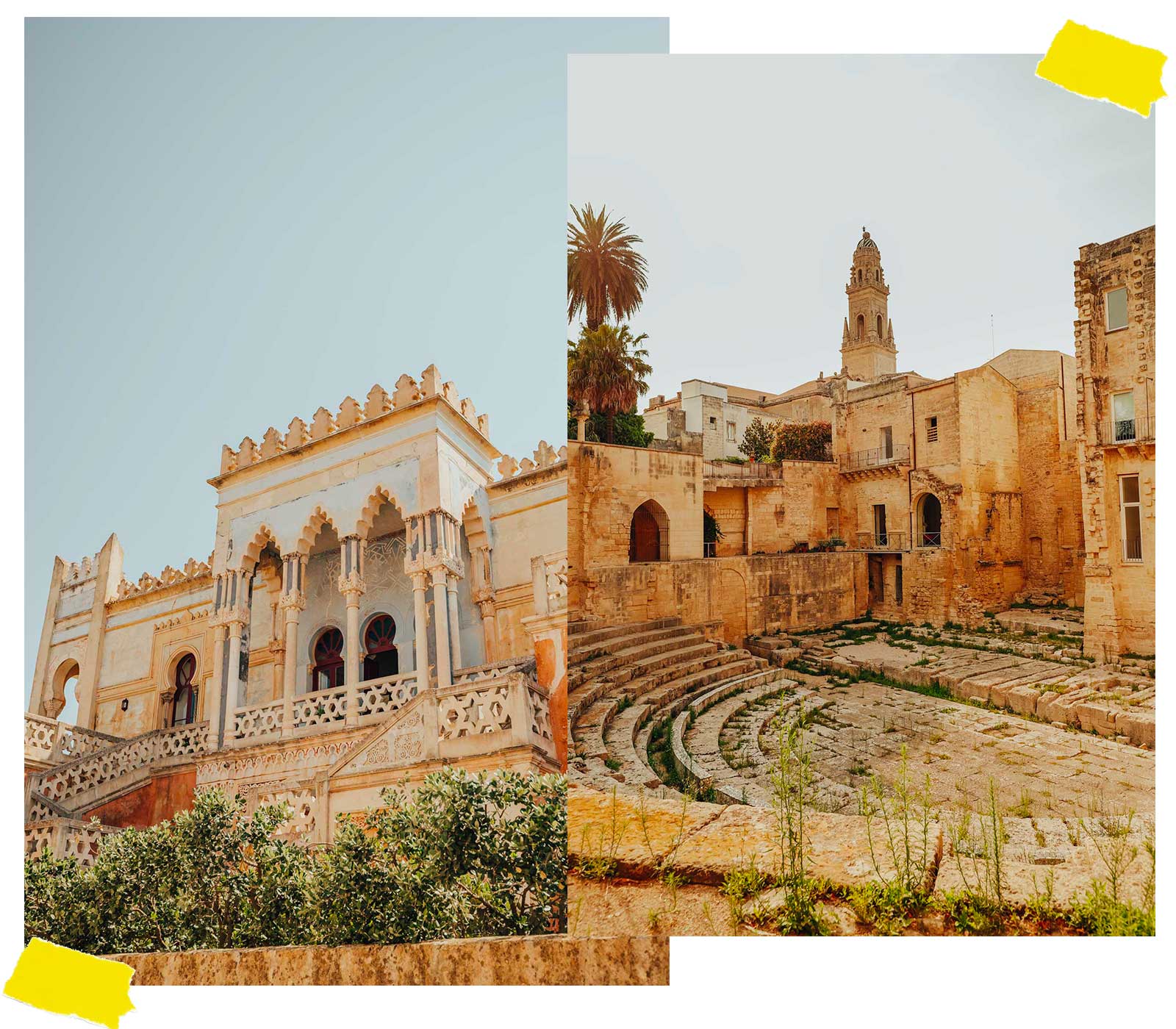 Some specialties you should definitely try if you’re in the area: 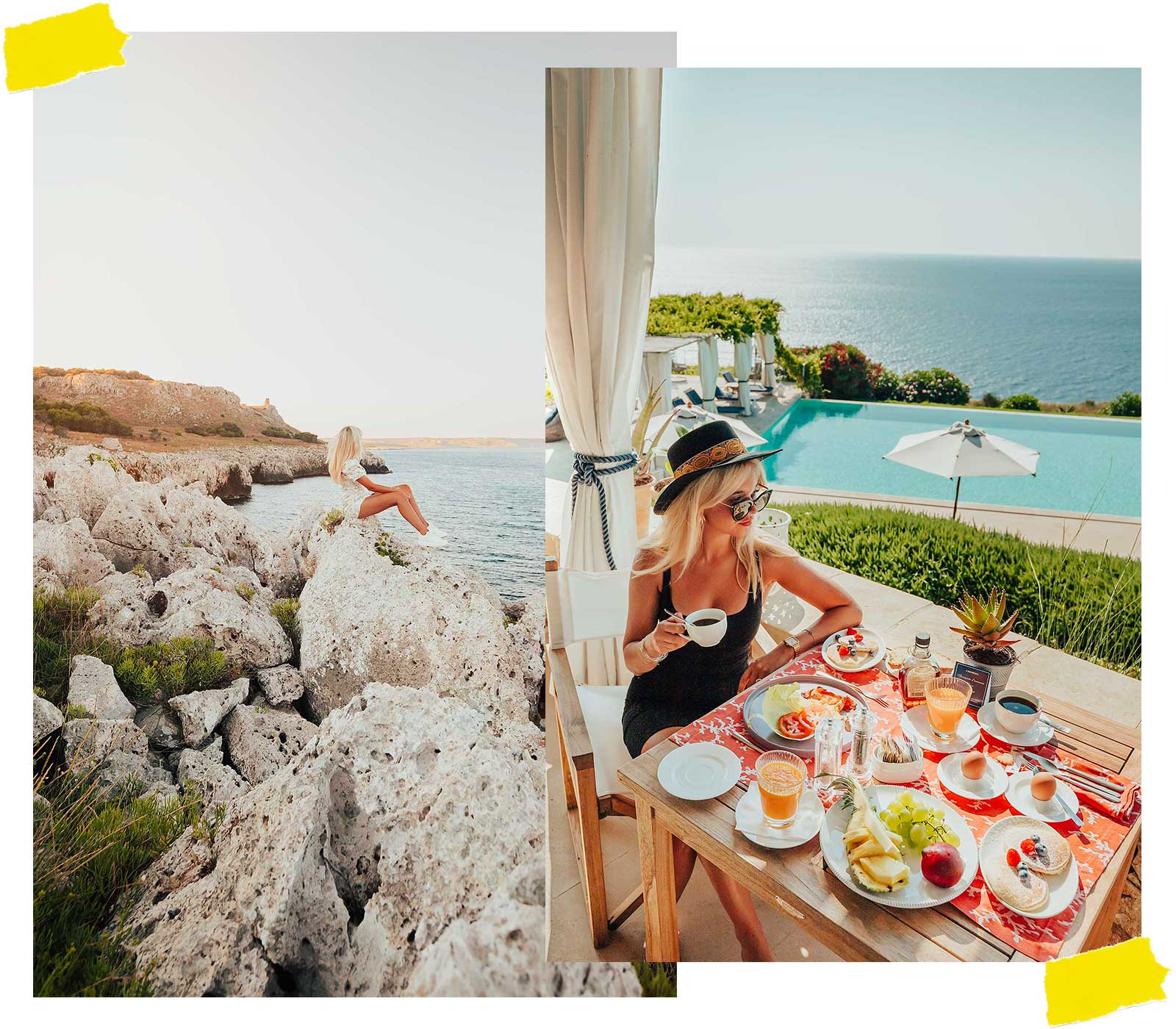 Must do cities in Puglia

I’ll try to write one article per city, but here is a global view of everything not to miss in Puglia. You can also find all the good spots on my mapstr account (@milkywaysblueyes) in the meantime.

To set the scene for you, Italians have a different rhythm than ours. They get up at 5 in the morning, do the siesta from 1PM to 5PM. So, if you plan on visiting in the afternoon, you’ll often find cities deserted or landmarks and shops closed. I thus encourage you to plan your visits in the morning or in the late afternoon. For my part, I love wandering into cities at 4-5PM because they are still empty and I like the quiet. Afterwards, around 6:30PM, you can have a drink before having dinner later (restaurants usually open around 7:30-8PM).

Regions of Bari and Brindisi: for the towns of these regions I would say that one day is enough to visit them. I would advise you to stay in the countryside, in a trullo, a typical building of the region. You can drive everyday at the end of the day to discover a town and have a bite to eat. You can also spend the day at the beach, which there are plenty of, even though they tend to be quite crowded.


Salento region: in this region, you’ll discover the authentic part of Italy. There are less things to do as this region is very calm, but life is more authentic than in the North, and for me, the food is the best of Puglia! The region also hosts an innumerable amount of beaches and creeks way more calm than in the North. Although, there isn’t much sand in the region, all the beaches are rocky. There are amazing sceneries, like Torre Sant Andrea, with its rocks eaten by the sea, the Grotta della Poesia San Foca (a lot of adolescent Italians come here on the weekends), the canale del Ciolo, torre del orso, Marina serra di tricase, and many others…

With this article, you have a first impression of everything there is to do in this region that I literally fell in love with. This article will be completed with new articles on each town, with accommodations, good spots et tutti quanti. 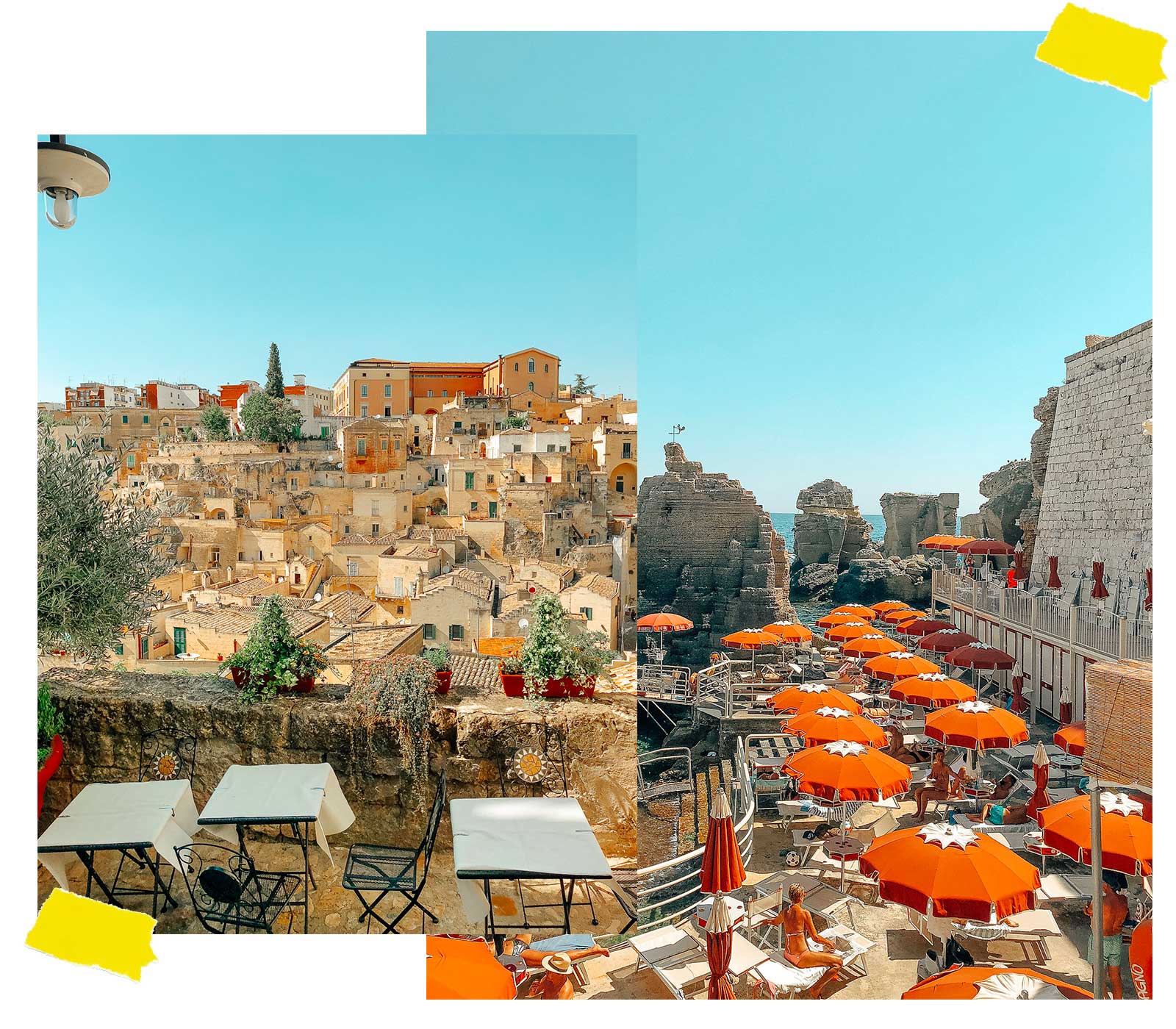 The Mall Outlet Firenze : The place to score luxury brands on sale 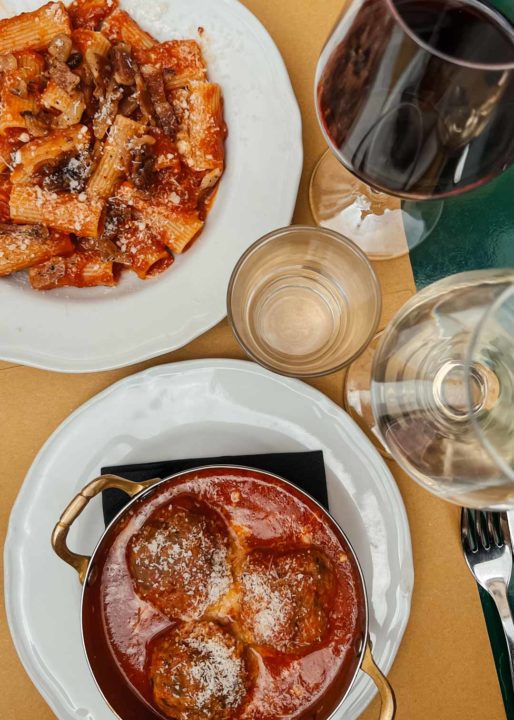 5 of the best typical restaurants to do in Rome 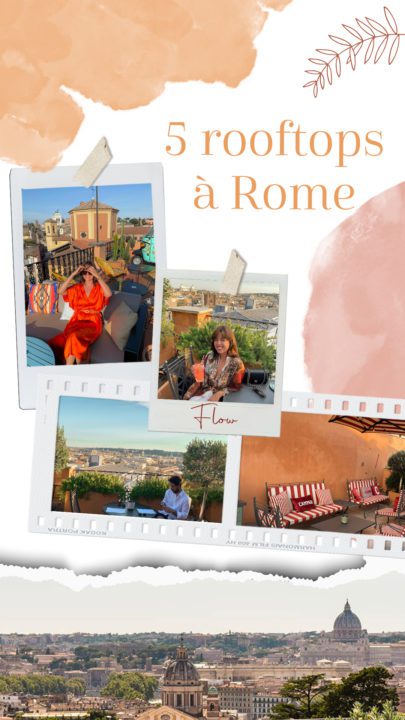 The 10 best rooftops in Rome: discover secret restaurants with a view!